The Year of the Rabbit brings a welcome reprieve from the previous ferocious and dramatic year of the metal tiger, which embodied that animal’s tendency to upheaval and turmoil.  In some traditions, such as in Vietnam, the animal of 2011 is represented by the symbol of a cat.

According to Chinese mythology, the essence of the rabbit originated from the moon and as such, this is a yin year and the rabbit is a symbol of endurance.  Rabbit is considered a lucky sign and is also a symbol for mercy, elegance, beauty and the arts.  Most rabbit years are quiet, positive and inspiring, with more emphasis on family life and culture.  Negotiation is the best policy and the greatest benefit comes from focus on home and family, security and diplomacy.

The Rabbit is a refined and prosperous sign and people may find themselves putting off disagreeable tasks and annoyances in favor of a more leisurely and carefree pace, allowing for some luxuries that may have been previously denied.  The down side is that there can be a tendency to become too indulgent and comfort seeking, with some loss of effectiveness and sense of duty.

But this is a metal year, which brings resilience as well as a slightly competitive and aggressive side to the rabbit. The Chinese say that the Year of the Rabbit signifies calm, diplomacy, sensitivity and consideration for others and Metal signifies unyieldingness, rigidity, persistence, strength and determination.  We are likely to see some blend of these attributes, but in general, a slower pace and peacemaking will bring success in this rabbit year, though there may be a metallic edge to things at times!

People born in the year of the rabbit are said to be gentle and loving, and dislike any kind of hostility.  Stress and conflict causes them anxiety and is often the underlying cause of any health problems they encounter.  They enjoy the company of good friends but like to avoid confronation at all costs, rarely showing overt anger or aggressive behavior. Calm and introverted by nature, they are generally private and need their own space, while at the same time, Rabbit people are persistent, strong-minded and ambitious.

Known for their caution and deliberation, rabbit people carefully weigh the pros and cons of a situation from every angle, making decisions with great thought and care.  They are gifted with a positive yet practical outlook and like to be informed of all the facts before making a judgment.  Often due to this characteristic, rabbits do well in their work and have a talent for avoiding trouble and identifying opportunity. They have great creative ability that is best expressed when they are allowed to work at their own pace.

Rabbits are admired for their kind and considerate dealings with others and can be depended on for wise counsel and a sympathetic ear.  Sensitive and sentimental, they are also highly intelligent and quick-minded. Placing great value on culture and creativity, rabbit people are artistic, refined, and happiest when in beautiful surroundings. 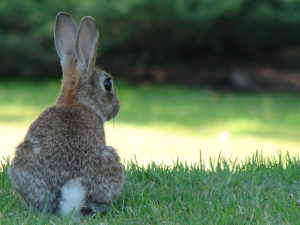 The coming year is predicted to be one of relative calm as the emphasis is on matters related to family, higher education and improvement of the world and the environment. Though conflicts from the Tiger year will probably continue be problems into the Rabbit year, and require work to resolve, world leaders will find diplomacy more successful than force.

Because the energy of the year is more prosperous and carefree, economic times are predicted to soften, allowing for more luxury and contentment.  In the world economy, governments may be forced to place their domestic agendas above international interests.  Culture and the arts are favored and the society in general will be inclined to invest more effort in maintaining diplomatic relations, avoiding conflict and ending wars.

Suzanne White, author of the very entertaining book “The New Chinese Astrology”, gives the following advice for navigating this new year: “The Rabbit encourages saving (conserving money, resources and goods), sound investments (lower interest, longer term and more certain to yield), beautification projects (property and personal), enduring love (marriage, babies, acquisition of property, pets and friendships) and learning (courses in myriad and sundry subjects).  Choose to involve yourself in any of the above and your year will go swimmingly. Should you choose otherwise and wax aggressive, antagonistic or pushy, you will be swimming upstream all the way. “