As we do most years at the Jade Institute, we like to put together a fun synopsis of the year ahead according to the Chinese calendar. What it really boils down to is looking at the positive qualities and tendencies of the animal of the year, and harnessing our intention and consciousness to embody those qualities in our selves and in our lives as much as possible. But the rest of the world around us may or may not be so conscious, and so it is usually a mixed bag of desirable and not-so-desirable qualities that emerge in our political, cultural and community landscape.

The year of the fire Monkey begins on the new moon on February 8, 2016 and ends on January 27, 2017. The positive and negative qualities of the Monkey combine to promise a year where almost anything can happen. The monkey is exuberant and moves at a lightening pace, causing the influence of the Monkey to bring everything into flux.

Run with Ideas – Embrace the Inventive!

Like the major aspects of the Monkey personality, the Year of the Monkey is traditionally associated with a spirit of risk-taking, creativity, and dynamic innovation. Monkeys are extremely curious and thirsty for knowledge and have an exceptional memory for retaining all they learn. One of the Monkey’s gifts is agility in problem solving, usually by applying unconventional solutions to old problems. The Monkey often takes risks and succeeds, accomplishing a great deal. They are easily bored with mundane, day-to-day details and love confronting a challenging problem that calls upon their ability to deftly manage complicated situations behind the scenes.

Monkeys are forever seeking novel solutions to the world’s problems. Instead of looking at the problem, the Monkey tends to looks through it, calculate the risks and then begin to pick it apart. This unique method of sorting out predicaments gives the Monkey a particular bent on problem solving. Therefore this year is a particularly auspicious time to bring an acute and discerning intellect to creative new inventions. Now is the time for taking risks, for courage, action, and anarchy – a time to start new endeavors.

In Monkey years, the pace of life quickens and wits are sharpened in an optimistic “can do” spirit that reflects the Monkey’s charismatic personality. Full of strength and determination, Fire Monkeys are excellent at not only setting goals, but in meeting them as well. This year should be one of new policies and new directions, and inventions will be at the forefront even in an age where technological innovation is already strong. The year is ripe for new ways to solve old problems in business, education and the arts. Things will get accomplished, but largely through personal and individual efforts. Group movements, such as political upheaval or revolutions, will not lead the changes made this year, and expectations for successful strategies and forward movement should not be placed on the group collective.

The Monkey increases communication, humor and wit, helping us get through stressful times with grace and ease. Others enjoy being in the company of Fire Monkeys, even though these Monkeys want the upper hand in every situation. Monkeys can be cunning, however, and are not always direct when it comes to dealing with delicate situations. They are mentally agile and seeing clearly the possibilities and nuances in a situation, can slip in and out with agility. Enthusiastic and out-going, the wise Monkey should refrain from meddling in other people’s business even if they have the perfect solution to their problems. Tolerating the shortcomings of others is an essential life lesson that Monkey people need to learn.

So What is in Store for Us? 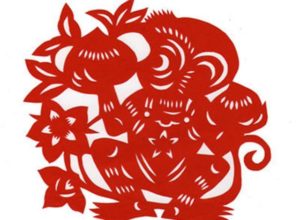 Suzanne White, author of “The New Chinese Astrology”, gives the following prediction for this Monkey year in her usual cheeky style: “The influence of the Fire Monkey in 2016 will cause many of our preconceived notions to hit the fan. It’s going to be a scurrying kind of year. Individuals can accomplish great deeds… and these years are full of wakeup calls for all. Fire Monkeys have no time for ostriches with their head in the sand…..”

“In 2016, alternative energies to dangerous pollutants will suddenly be taken seriously and developed quickly. Populations everywhere will begin calling for reforms to delay the progress of global warming. Detractors and fanatics who have resisted the idea of climate change will be forced to accept that the consequences of their faulty beliefs are grave and they can no longer hide behind reactionary rhetoric. Let’s face it. When the underpinnings of their million dollar seaside villas begin eroding and their houses teeter on the brink and threaten topple into the ocean even the most conservative climate change denier will begin to pay attention to what reforms are necessary to save the earth from self destruction.”

Let us hope that the world will bring serious attention and innovation to the problem that our Earth is facing, and then may we all commit ourselves to bringing Monkey ingenuity to tackling this problem that calls us all to action.

Suzanne adds, “In the Fire Monkey year you can get ahead, create new concepts, start a business or leave a job. This is a time to be bold and clever. But remember that this Fire Monkey year will also be rife with chicanery and deceit. You must play each opportunity deftly. Do not barrel ahead on any project or make investments that you have not thoroughly researched. Study each situation and pore over complex documents (do your homework!) ….but nonetheless, forge ahead. Take charge and dare in the Fire Monkey year!” 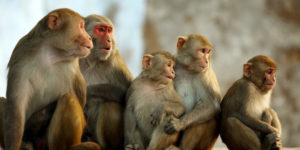 The Story of the Monkey King, Sun Wu-Kong

The Monkey King is a main character in the famous Chinese classical novel “Journey to the West”. The Monkey King was born from a stone and acquired supernatural powers from a Taoist master. The monkey learned 72 different body transformations into animals or objects. It could duplicate itself using his hairs. It could travel on the cloud as the transportation and jump 108,000 li (54,000 km) just with the turn of a somersault. It had x-ray eyes and could see through any disguise or transformation of demons. Its ears could hear the voices from miles away and it could shrink its body and transform as a small flying animal.

It was very naughty however. He went to heaven, stole an elixir of life, ate many peaches of longevity, and then rebelled against heaven. All the guardians or generals of heaven could not conquer the monkey. Finally Buddha tamed and jailed it at the bottom of Five Element Mountain. The monkey waited for 500 years for the monk, Master Xuan-Zang, to rescue it. Then the story of Journey to the West began. The monkey had to escort the master monk to bring the Buddhist sutras from India to China. At the time of the journey, the stone monkey was about 850 years old.

The story of “Journey to the West” is based on the story of the Buddhist monk Xuan-Zang (602–664) of Tang Dynasty who traveled alone to India for the original scriptures of Buddha’s teachings. The novel was originally published anonymously in the 1590s during the Ming Dynasty. Later Chinese accepted Wu Cheng-En (1506–1582) as the author. “The Journey of the West” contains Chinese mythology, Confucianism, Taoism, and Buddhism.

We Wish You
Blessings and Good Fortune in the New Year!