Below is a case record from my clinical practice in Boulder, Colorado that highlights the strength of Chinese medicine’s treatment for common colds and flu. It also illustrates a problem with the health-care system in the U.S. and hopefully will spark a deeper much needed dialogue between Western and Chinese medicine.

[Patient] X, a male in his mid-30s, came in with a chief complaint of fevers of unknown origin that had persisted for six weeks. The fevers were severe in the afternoons and would also wake him around 3-4 am, when his Advil “wore-off”. 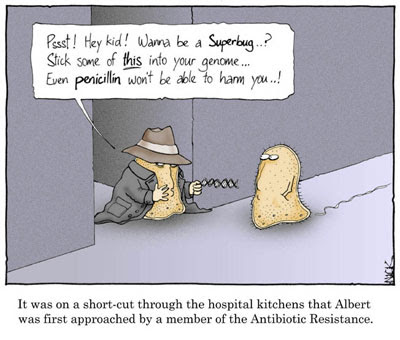 He recently was hospitalized for eight days, when his fevers started reaching 104°F. They were characterized by a strong sensation of shivering cold (rigors). After multiple courses of antibiotics, a loss of 25 lbs. (he was not overweight), and $72,000 in hospital bills, he was discharged. Although his fevers had finally decreased he had no diagnosis, and within days of being discharged his fevers started to return. After a couple days of worsening symptoms he came in to see me for a Chinese medicine consult.

Prior to the fevers he was overworked and was not sleeping much. For the last few years he had been taking Metformin for diabetes and Pepcid for acid reflux.

Six weeks prior, he went to urgent care complaining of elevated temperature (102°) and chills, severe headache at the temples and occiput that was worse lying down, sore throat, and a “sinus infection” with nasal congestion. He was given Augmentin, which caused him to vomit. After four days of vomiting and feeling generally worse he was told to stop the Augmentin and given a second antibiotic, Azithromycin. Two days later his condition worsened and his fevers climbed to 104°F. He ended up in the emergency room where he had elevated liver enzymes (possibly from the Augmentin), normal CBC (including WBC), and was suspected to have left lobe pneumonia. He was given IV antibiotics and fluids and remained in the hospital for 8 days while they ran a battery of tests. Nothing conclusive was found.

The patient reported severe fatigue (unable to work), fever and chills, no sensation of heaviness, no thirst, no dryness of the lips or mouth, and the stools had recently become drier. Previous to the last few days he generally felt cold with the fevers, but now he had started to feel hot with the fevers. He was taking eight Advil a day to control the fevers (4 every 12 hours). When the Advil would wear off the fever would spike and he would start to sweat. His pulse was slippery, floating, and rapid. His tongue had cracks, no coat, was slightly red with small purple spots on the underside of the tongue.

Wind-cold pathogen constrained in the muscle layer transforming to heat in the protective level.

Use acrid cool medicinals to clear and resolve (disperse and vent out heat in the exterior).

Two packets of Honeysuckle and Forsythia Powder (yin qiao san) were given (bulk herbs). Cook time was 15 minutes. One packet was consumed over two days, taken between meals three times a day.

After one packet the patient was back at work and although his muscles were achy, they felt stronger. After finishing two packets, he requested a two-bag refill from the pharmacy. He worked five continuous full days and at the next appointment (one week later) he was having no fevers, taking no Advil, and felt almost 100%. At this point I gave him a constitutional formula based on ban xia xie xin tang (Pinellia Decoction to Drain the Epigastrium). He had no recurrence of the fevers.

Although this case had a fortunate outcome with a straightforward treatment, I think it highlights some important issues in regard to Chinese medicine theory as well as Western and Chinese medicine’s roles in treating disease.

This case started with a fairly typical flu, most likely caused by a wind-cold pathogen. The prescribed antibiotics constrained the pathogen in the muscle layer. Antibiotics, usually considered cold and bitter, are not appropriate in such situations, which require an acrid warm approach to disperse and release the exterior cold.

The patient had a fairly robust constitution, which helped prevent the pathogen from sinking into the interior. Over time though, the pathogen transformed to heat. The fluids were only starting to become affected as evidenced by the dry stools, yet the lips and mouth were not dry. This was not a pathogen that had entered the Large Intestine or yang ming. The presentation was fairly straightforward from a Chinese medicine diagnostic perspective. We had a lingering pathogen in the superficial aspects of the body and a clear heat and resolving the exterior method was appropriate.

Some points to keep in mind:

It should be noted that the treatment, although fairly basic, was not a mechanical, reflexive action. In my practice I rarely give an unmodified formula, let alone Honeysuckle and Forsythia Powder (yin qiao san). I was a little embarrassed when writing this case up, having published material discussing how this specific formula (and formulas in general) are best thought of as ideas and should not be given as presented in our textbooks. Although formulas are best constructed for each individual presentation, in this case, the stock formula seemed to be spot on.

Furthermore I do not want to suggest that Honeysuckle and Forsythia Powder (yin qiao san) should be given indiscriminately in other cases of fever of unknown origin. One still should perform an appropriate differential diagnosis.

I think though that the nature of the condition, being an uncomplicated pattern, and the simplicity of the treatment really speaks to the strength of the Chinese medicine model compared to Western medicine’s approach to diagnosis and treatment.

The Integration of Western and Chinese Medicine

Although this is only a single case it does represent a common clinical occurrence and is also emblematic of a greater problem in health care. Cold and flu are treated very successfully with Chinese medicine, even ones that seem fairly urgent. Chinese medicine has quite an arsenal of options that have actively been developed over 2000+ years of clinical practice. There is case study after case study in Chinese and English that demonstrate the effectiveness of the Chinese medicine approach for these conditions.

Western medicine has little to offer since most colds and flu are viral. However, antibiotics are often given because the patient requests “something” or there is a suspected (usually secondary) bacterial infection. Although antibiotics can have their place, the majority of the time Chinese medicine can resolve the problem without their use, hence avoiding the multiple issues that come along with antibiotic treatment.

All health care providers are trying to come up with the best care possible for our patients. Hence it would be worthwhile if we could respect each other’s strengths while acknowledging our own weaknesses. Chinese medicine doctors all too often write off Western medicine because it is not “natural,” or supposedly just treats the “symptoms.” Western medicine writes off “alternative” medicine due to lack of rigorous research.

Is it unreasonable for practitioners to refer to other modalities that have a better handle on a given illness? Ultimately we should all be working together, creating a team that centers on the patient’s best interest.

I often have patients ask me to converse with their Western doctors about collaborative treatments. Some MDs that are open-minded enough to engage in such discussions. Quite simply though, most medical doctors make little effort to understand Chinese medicine. Hence one is unable to discuss Chinese medicine on its own terms (its theory and terminology) and is forced to artificially describe its actions and methods in pseudo-Western medicine lingo.

In contrast, Chinese medicine physicians not only are required to take Western medical courses in their curriculum, ranging from Western physical exam to pharmacology and pathophysiology, but often actively seek out ways to integrate the knowledge into Chinese medicine.

In conclusion, Chinese medicine is more appropriate than Western medicine for many conditions. However discovering what these may be is a bit difficult if the two cannot openly work together. Quite simply, Chinese medicine must first be understood on its own terms (within its own system). For example, WebMD states,

“Research in China and worldwide has shown Chinese medicine to be helpful for many types of illness. Because Chinese medicine differs from Western medical practice in diagnosis and treatment methods, it is difficult to apply Western scientific standards to it.[3]”

That is, Chinese medicine most often gives individualized treatments based on constitution and whole-body presentation, not a Western disease or a mere symptom. Hence typical research models do not accurately reflect Chinese medicine’s abilities.

However, we can learn from case studies and individual doctor’s experience and see how Chinese medicine thinks about disease as well as what can be successfully treated. What will it take for Western medicine to acknowledge Chinese medicine and start to work together?

Big thanks to Jason Blalack for permission to reprint this article. Jason has written and translated numerous articles that have been published in professional medical journals such as the The Lantern, The Journal of Chinese Medicine, Chinese Medicine Times, RCHM Journal, and on the web.

Jason Blalack is a licensed acupuncturist and Chinese herbalist in Boulder, Colorado, specializing in difficult to treat conditions. He utilizes Chinese and Japanese acupuncture, Chinese herbal medicine and dietary therapy, and integrates other Western naturopathic and alternative therapies, utilizing the framework of functional medicine.

Jason graduated from PCOM (Pacific College of Oriental Medicine) in San Diego, with a 4 year Masters of Science in Oriental Medicine and currently maintains his private practice at Good Earth Acupuncture in Boulder. He is the author of “Qin Bo-wei’s 56 Methods: Writing Precise Prescriptions”, a book based on translated material and oral transmission from his teacher in China, Dr. Wu Bo-Ping. It documents the clinical practice of Dr. Wu and the clinical methods of his teacher, Qin Bo-Wei, one of the most celebrated physicians of the 20th century.