According to the lunar-solar calendar, February 4, 2013 begins the black water snake year, though New Years Day is celebrated this year on Sunday, February 10th, the new moon day of the first lunar month.  It is the year 4710 of the Chinese calendar and ends on January 30, 2014.

According to Chinese five element astrology, the snake is of the fire element.   But this is a water snake year and is symbolized by water sitting on top of fire.  Because water is the destroyer of fire, there is some conflict indicated here, though the yin water Heavenly Stem that sits on top of the fire this year is symbolized by “Morning Dew” which is gentle and thus softens the energy considerably.  Morning Dew symbolizes small drops of water, a drizzling rain, and is the most yin element of the Ten Heavenly Stems.

The outlook of this water is moderate, gentle, humble, tolerant, easygoing and flexible, yet the other side of yin water is cunning, secretive, deceptive, and can penetrate everywhere.  If this energy is guided in a positive direction, it can bring intelligent insight and innovative ideas and reforms on both personal and global levels.  If not used well, the energy can manifest in secret plots, lies, unrest, accidents, attacks and revolutions.

The year of the black water snake symbolizes transformation and the power of the feminine. Black represents the Great Mystery, the unknown, and the unconscious. Water is the element of emotion, cleansing, and nourishment. The snake is an ancient symbol long associated with goddess traditions, wisdom, and healing. Snake years represent a turning towards introspection, intuition, and dealing with feelings, fears, and self-mastery. This is a year of shedding old skins, releasing what is no longer in alignment with who we are and where we are going. 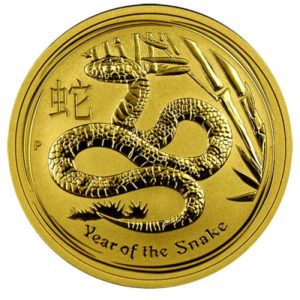 Deeply reflective, snake people are known for having a good reason for everything they do.  They act with intention.  Though they may seem cool and secretive, it is often simply that they are quite cautious, unassuming and very self-reliant.  Though they can be slippery fast, they tend to be slow and thoughtful in making decisions, carefully examining a situation thoroughly before taking any steps.  Snakes are quite intelligent and their thoughtful and philosophical nature is one of their strengths.

In general, water is characterized by mobility, dynamism, instability, and changeability.  Water snakes will generally keep their plans to themselves until they are ready to act, but when they decide to make a move, it may be unexpected to others.  This is not impulsivity but is thoughtful calculation.

These are the qualities embodied in a water snake year and why it is generally predicted to be a slow moving year but with unexpected actions and changes that may seem to occur out of the blue.  Remember how a snake moves, undulating back and forth, seeming to go one way then changing direction without warning.  They will be still or move slowly until they decide to act, then are very quick.  This is the kind of energy that may be expected in a water snake year.

According to Chinese astrology, it is useful in any year to keep in mind the strengths and weakness of the animal of the year – to accentuate the strengths, and bring awareness to the potential pitfalls in order to avoid them.  In the water snake year it is advised to plan things well beforehand with care and caution, to evaluate situations adequately before taking action, and to keep the lines of communication open thus avoiding surprises and misunderstandings.

But this is a year when quick maneuvers may be needed in order to avoid unexpected obstacles that present themselves.  In general, snakes are tricky creatures and it can be difficult to tell which direction they are going.  So it is said that in a snake year things will seemingly go in one direction, and then, very unexpectedly, may veer in a completely different direction.  People who do best in the year of the water snake are those who access their intuition and wisdom and have the ability to respond accordingly at the velocity of the snake, therefore able to traverse tricky waters.

The qualities of the snake include being placid, quiet, slow and philosophical, but snakes are also tough negotiators and can become fierce warriors if provoked.  Remember that snakes do not usually attack unless they are provoked or hungry.  Snakes are canny and very smart and always have a Plan B in case it is needed.  The qualities of introspection, acute perception and wisdom are ones that everyone would do well to cultivate in a snake year as they may help us navigate the challenges of the year.

Snake people are also known for their insightful analysis of people and situations, but they must be careful not to misuse their natural power and ability of persuasion in order to get what they want.  They are generally socially conscious people and careful with money, and so it is predicted to be a year of conservation and rebuilding and money may be tight.  It would be prudent to meet the year with thrift and an eye towards “back to the basics”. 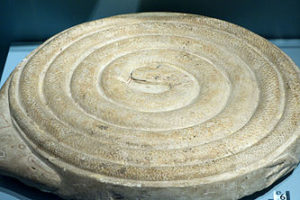 If you have read much about the Year of the Snake, it might have felt somewhat daunting.  Some of the world’s most significant events happened in previous years of the snake. The year 1941, for example, is an infamous period in history with the bombing of Pearl Harbor. In 1953, Queen Mary of England died and was succeeded by Queen Elizabeth. The Tiananmen Square Massacre in China happened in 1989, another snake year. The World Trade Center attack in the US occurred in 2001.

But the water snake year is not as pernicious as some other snake years in general.  The last water snake year (1953) was not a year of revolution or world wars or crashing economics.  In fact 1953 saw the end of the Korean War.  Water tames the snake and keeps the venom to a minimum.

To end, let us not forget that the serpent wrapped around a staff is often used as a symbol of medicine, and represents the messenger of transformation and healing.  The snake sheds its skin, shedding adversity and its old self, transforms, and begins life anew.  The recuperative powers of the snake are legendary and in many legends it is the sign of renewal and rebirth.  Perhaps that is the best energy to bring to 2013.

About the Chinese New Year Celebration 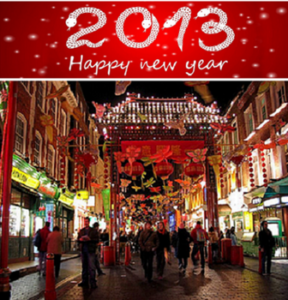 On the days immediately before the New Year celebration, Chinese families give their home a thorough cleaning.  It is believed the cleaning sweeps away the bad luck of the preceding year and makes their home ready for good luck. Brooms and dust pans are put away on the first day of the new year so that the newly arrived good luck cannot be swept away. Some people give their houses, doors and window-frames a new coat of red paint and homes are often decorated with paper cutouts of Chinese auspicious phrases and couplets. Purchasing new clothing, shoes, and getting a haircut also symbolize a fresh start. Businesses are expected to pay off all the debts outstanding for the year before new years day, and it is a common practice to send gifts and rice to close business associates and extended family members.

In many households where Buddhism or Taoism is practiced, home altars and statues are cleaned thoroughly, and altar decorations from the previous year are taken down and burned a week before the new year begins, to be replaced with new decorations. A prayer of thanks is offered to mark the safe passage of the previous year, and time is taken to remember the ancestors, giving prayers and reverence to those who lived before.

The biggest event of the Chinese new year’s eve is the Reunion Dinner. A meal consisting of fish and other symbolic foods will be served.  In northern China, it is customary to make dumplings (jiaozi) after dinner to eat around midnight. Dumplings symbolize wealth because their shape resembles a Chinese tael.

In the South, it is customary to make a glutinous new year cake (niangao) and send pieces of it as gifts to relatives and friends in the coming days of the new year.  Niángāo literally means “new year cake” with a homophonous meaning of “increasingly prosperous year in year out”.

After dinner, some families go to local temples hours before the new year begins to pray for a prosperous new year by lighting the first incense of the year.  Traditionally, firecrackers were lit to scare away evil spirits with the household doors sealed, not to be reopened until the new morning in a ritual called “opening the door of fortune”.

On the first day of the new year the deities of the heavens and earth are welcomed, officially beginning at midnight. It is a traditional practice to light fireworks, burn bamboo sticks and to make as much noise as possible to chase off the evil spirits.  Many people, especially Buddhists, abstain from meat consumption on the first day. Some consider lighting fires and using knives to be bad luck on New Year’s Day, so all food to be consumed is cooked the days before. On this day, it is considered bad luck to use the broom.

The Lion Dance is a symbolic ritual to usher in the Chinese New Year as well as to evict bad spirits from the premises. Members of the family who are married also give red packets containing cash, a form of blessings, to young members of the family, mostly children and teenagers. Business managers also give bonuses through red packets to employees for good luck, good health and wealth.

But most importantly, the first day of Chinese New Year is a time to honor one’s elders and families visit the oldest and most senior members of their extended families, usually parents, grandparents and great-grandparents.