Fu Zi, or Aconite, has long been considered one of the most important herbs in the Chinese materia medica, yet many herbalists are afraid to use it because of its potential toxicity.  This herb is a poster child for the effective and essential use of pao zhi, or processing methods, commonly used with Chinese herbs.  Historically, many herbs are traditionally processed in various ways, each method and substance used bringing out different qualities in a given herb.  This no doubt adds, enhances or decreases particular chemical constituents, sometimes reducing toxicity that would otherwise cause an herb to be unfit for consumption. This is one of the ways that, over centuries of use, herbs came to be used in China as such potent and effective medicine.

In the case of Fu Zi, or aconite, processing dramatically changes the fresh root from being a deadly poison, to an herb that is hailed as “King of the 100 Herbs”. Because it is highly toxic in its raw form, it has been demonized by Western medicine researchers who usually study the root without understanding or taking into account the precise processing and decoction methods required.

Though there are many different methods used, Fu Zi is always processed (referred to as “zhi fu zi”), in order to decrease the toxic alkaloids and increase the beneficial effects. The cultivated accessory roots of the plant Aconitum carmichaeli are used, as opposed to the cultivated main root which is much stronger and more toxic, called Chuan Wu. After harvesting, the accessory roots are generally steamed, soaked in brine, and repeatedly rinsed in clean water. They then may be processed by various methods, including cooking with ginger juice, baking in sand at a high heat, or most commonly, boiling with black beans and licorice until cooked through to the center. Even after that, when decocted into a tea for consumption, the prepared root slices are cooked for an extra 30-60 minutes longer than the rest of the herb formula. This combined long heating time in processing and decoction, along with substances such as licorice and ginger, renders a safe and powerful herb that activates and mobilized the yang, particularly of the Heart and Kidney. 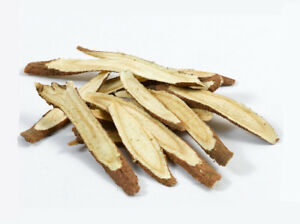 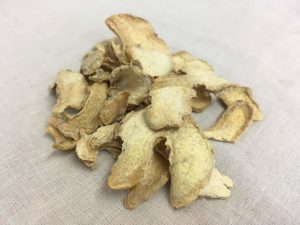 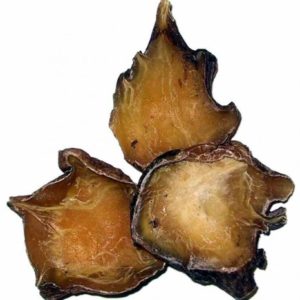 Fu Zi is commonly combined in formulas with other ingredients such as Gan Jiang (dried ginger) and Gan Cao (licorice) which further decrease the likelihood of any toxicity.  The herb is well known for dispelling cold and relieving pain in wind damp cold conditions, returning the yang to its root, and stemming counterflow. When there is interior cold and weakness of the Heart, Spleen or Kidney yang, a formula with Fu Zi is an excellent choice and using Fu Zi will often give better results than almost any other herb.

Of course Fu Zi should be used with caution, but probably not as much fear and avoidance as many practitioners feel. It is considered a “pure yang” herb and as such primarily warms and tonifies, so is generally not appropriate for most cases of yin deficiency with excessive yang or excess true heat. It is absolutely contraindicated in pregnancy. There are many stories about the use of high doses of Fu Zi given to patients in China, but in the West, patients are usually greatly helped with relatively low doses of 3-15 grams.  In the Chinese Herbal Materia Medica, Bensky suggests that the high dosages sometimes prescribed in China may be used because for some people, particularly those living in areas where aconite is grown, Fu Zi is so commonly consumed that they have developed a tolerance for it.

In the articles below, Heiner Fruehauf was interviewed and also provides some translations that further help our understanding of aconite in the clinic, and also the importance of where and how the herb is grown and harvested, as well as processed.  Increasing our knowledge about Fu Zi through information and discussion such as offered in these articles, helps to increase familiarity and confidence in clinical use.

Which leads to the obvious recommendation – know about your Fu Zi if you prescribe it. If you have concerns, talk to your herb supplier, whether using herbs in decoction or granules, and ask them how it was prepared. Make sure you are using a reputable herb supplier.  All aconite in the West and in China is required to be tested for its aconitine content that should be a maximum of 20mg/kg. When using “raw herb” decoctions, give patients written directions so they are very clear about the recommended longer cooking time for Fu Zi.

In this issue of the Jade newsletter, we are grateful to Heiner Fruehauf for offering 3 articles that provide important perspectives on Fu Zi.  The first is a historical perspective on clinical use, “A Description of the Therapeutic Uses of Aconite by the Ming Dynastry Scholar-Physician Zhang Jingyue (1583-1640)” translated by Heiner Fruehauf.

The second article is a very inspiring and informative interview of Heiner by Bob Quinn on “The Importance of Aconite (Fu Zi): Teachings From the Sichuan Fire Spirit School”.   Here Heiner describes in detail his experience with the assessment of aconite quality, its modern clinical use, processing, dosages, and combinations with other herbs.

The third article is Heiner’s translation of “Notes From My Visit to the Fuzi Growing Area of Zhangming County” written by Yang Tianhui in the Song Dynasty, 1099, about the use of medicinal aconite in pre-modern China with discussion on potency, quality, cultivation and processing.