Is there any proof that acupuncture improves fertility? Savvy patients and evidence-seeking western medical professionals will undoubtedly ask this question of any acupuncturist specializing in fertility treatment. When answering the question, what research studies should be cited? Should the research be applied to practice – and in what way? While the body of western-styled evidence is quite small, there are several research studies acupuncturists may refer to when posed with this question.

Acupuncturists are well aware of Chinese medicine’s clinical versatility and the efficacy in its treatment of infertility. From the eastern perspective, there is no compulsion to develop research studies to demonstrate its success because it is shown daily in a clinical setting. The western medicine model does not accept these demonstrations as proof of fact unless they are rigorously tested and proven through research. Practitioners can benefit by becoming well versed in the current research for two reasons. First, it enables acupuncturists many opportunities to educate the public. Second, it provides an avenue for further dialogue and collaboration.

This author acknowledges western research itself is unappealing to some acupuncturists due to its rigid standardization and inability to investigate Chinese medicine in the way it is practiced in the field. This is certainly a challenge for acupuncture researchers interested in developing research hoping to reflect this in their design. Still, acupuncturists can benefit from standardized research findings in developing rapport with physicians and patients alike.

One recent research study presented in May 2007 at a Vancouver, BC, seminar is of particular note. Acupuncturist Diane Cridennda, LAc and reproductive endocrinologist Paul Magarelli, MD, PhD, presented their findings examining data collected over four years to determine if there was any affect on the outcomes of patients who combined IVF with acupuncture protocols from two significant studies1. The Colorado-based team observed some interesting results. Before dissecting their study, one must be familiar with the acupuncture protocols they used.

The first is the 1996 Stener-Victorin study, which utilized electro-acupuncture (EA), or e-stim to increase blood flow to the uterine arteries2. This pilot study had only ten participants with pulsatility index (PI) measuring greater than or equal to 3.0 and mean age of 32.3 years old. A PI measuring ≥ 3.0 is a good marker that uterine blood flow is impeded, leading to a lower chance of IVF success2. This may be due to compromised endometrial receptivity2.

For this study, each participant was concomitantly down-regulated with a gonadotropin releasing hormone antagonist (GnRHa) during their EA treatment course. They received EA twice weekly for four weeks – totaling eight treatments. EA leads were placed on UB23 (Shen Shu/Kidney shu)/black and UB28 (Pang Guang Shu/Bladder shu)/red and from UB 57 (Cheng Shan/Mountain Support)/black to SP6 (San Yin Jiao/Three yin crossing)/red. The lumbar points were stimulated at a higher frequency with a lower intensity to the point of mild numbness2. The leg points were stimulated at a lower frequency with a higher intensity – enough to contract the calf muscle2.

The study’s acupoints were chosen in hopes of activating “group III muscle-nerve afferents,” as research suggests an inhibitory action on sympathetic nervous system outflow2. Their locations were consistent with the somatic segments based on the innervation of the uterus2. This treatment protocol resulted in a statistically significant improvement in the PI up to 10 to 14 days after treatment ceased2.

From a TCM perspective, the standardization of this protocol fails to represent how TCM is practiced in the field. However, there is still value in its findings because the observed outcome makes sense when considering the acupoints. In the lumbar area, UB 23 and UB 28 are the Kidney and Urinary Bladder shu points. They access the actions of the Water element’s yin and yang organ pair, the most yin of all the elements. A primary TCM diagnosis for infertility is Kidney deficiency. Applying UB23 has undoubtedly been part of many an acupuncturist’s treatment plan for infertility as it regulates Kidney Qi, menses, and the whole body. It is located over the medial branch (and when needled deeper the lateral) of the posterior ramus of the first lumbar nerve3. The second lumbar point, UB28, regulates the Bladder Qi and regulates the uterus. It is located over the medial branches of the dorsal rami of the first and second sacral nerves3. Both of these points are over nerves the researcher’s noted innervated the uterus2.

In the lower leg area, UB57 relaxes the sinews and moves Blood3. It has effects on the low back and anus3. It is paired with the versatile SP6 – another commonly used in the treatment of fertility as it treats issues of the reproductive system3. The dynamic SP6 affects the Kidney, Liver and Spleen as an intersection point of these channels3. The lower points are also located over the somatic segments as indicated by uterine innervation2. It could be postulated that EA was used to tonify the Kidney and Spleen and move Blood. This resulted in increased blood flow to the uterus empirically, but also balanced the dynamic between the Kidney and uterus via the Bao Luo – allowing the uterus to positively respond to the Kidney’s influence. Further, it helped to balance the whole body via the actions of the Spleen, Liver, and Kidney/Urinary Bladder pair. Even as the body was exogenously down-regulated by a GnRHa, the reproductive system was positively influenced by the Kidney. A variation of this protocol has been suggested in the follicular phase of a natural cycle to improve blood flow to the ovaries and uterus in the hopes of improving egg quality, endometrium thickness and supporting hormone balance4.

This was a pilot study, but the exceedingly small group of participants (n=10), absence of randomization, control, blinding, or details of thorough eligibility screening are among its strong critiques9-12.

Acupuncture on day of embryo transfer

The second study is also among the primary sources cited to answer the question posed to fertility acupuncturists – the Paulus study4. This study was the first In Vitro Fertilization/acupuncture study, and involved a group of 120 women, the first being a group of 60 who received acupuncture on the day of her embryo transfer (ET) and a second group of 60 who did not4. From these two groups, the comparison of pregnancy rates showed a statistically significant higher pregnancy rate in the acupuncture group (42.5%) versus the non-acupuncture group (26.3%)4. The study was designed fairly well and received a great deal of attention from the media and patients, as well as western and eastern medicine practitioners.

Here is an analysis of the pre IVF-ET points used in the Paulus protocol: 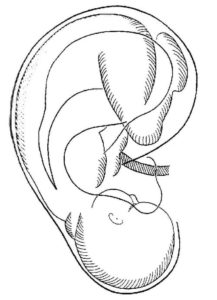 The Left ear is used strategically to enhance the calming/inhibitory actions of these points7.

The Right ear is used to enhance its supportive functions.

The treatment post-ET is devoid of abdominal points and uses distal points solely on the Spleen, Stomach and Large Intestine channels4.

Although no explanation was given, the ear points were switched between ears pre and post transfer. Uterus and Endocrine were needled on the left. This could be to inhibit the motile action of the uterus and suppress an inhospitable, endocrinological reaction post transfer3,7. Shenmen and Brain were needled on the right, perhaps for its restorative or supportive actions3,7.

From a TCM perspective, these points may not be the first one an acupuncturist pulls from the top of his or her head. In practice, this author often explains this protocol’s function as to “minimize cramping, relax the cervix, support a receptive uterus, and relax the mind.” It has been repeatedly observed clinically that these points are effective to help relax and minimize cramping on the day of embryo transfer when the patient does not over consume water (the bladder must be full for the embryo transfer procedure) and/or does not suffer from clinical anxiety.

This study’s lack of some sort of control device, blinding, randomization, and the procedural details of eligibility screening9-12 were among some of its criticisms. Finally, the method of outcome evaluation is another criticism because a positive pregnancy test and ultrasound at six weeks confirming the presence of a fetal sac was considered a positive, as opposed to a live birth or take home baby13. Regardless of the criticism, the Paulus Study endures as a hallmark study and continues to be replicated and cited in more recent research.

Putting these two protocols together, the resulting Cridennda, et al1, study combined the Stener-Victorin, et al2, EA protocol to patients while preparing for and undergoing IVF and the Paulus, et al4, day of embryo transfer protocol with slight modifications. The authors modified the EA protocol with a variable frequency (0-100 Hz) for 30 minutes, with the same frequency on both the lumbar and calves1. They also had an optional TDP on the lumbar area, used as requested by patient1. The pre-ET treatment occurred 12 to 24 hours prior to transfer1. After the treatment, press tacks were placed in the same pattern and the patient was instructed to stimulate them during transfer1. The second treatment occurred an hour post-ET1. After acupuncture, press tacks were again applied in the same pattern as the post-ET protocol1. The patient was instructed to remove them three days later1.

After four years and blinded to the each other’s work, the authors retrospectively reviewed the data (Table 1) of 216 patients who received acupuncture and were then divided into two groups: 111 patients in Acupuncture (Ac) and 106 patients in Non Acupuncture (No Ac)1. Their goal was to determine how many treatments it would take to show a statistically significant improvement in pregnancy outcomes for patients undergoing IVF1. They ultimately found that in the acupuncture group, the average number of EA treatments of the pregnant women was 8.4, compared to 5.1 EA treatments of the non-pregnant women1. They also observed the non-acupuncture group had a 37.4% pregnancy rate versus a stunning 61.1% pregnancy rate in the acupuncture group1.

In their conclusion, the authors posit acupuncture may have more influence over the host rather than the eggs or embryos. In other words, its influence may be lie in implantation versus the biological process folliculogenesis or its end product – egg quality. They also suggest the ideal number of acupuncture treatments prior to an IVF-ET is nine per their statistical analysis1. Finally, and possibly most importantly when considering public perception, acupuncture did not harm the study subjects or adversely affect their outcomes.

Putting it all together 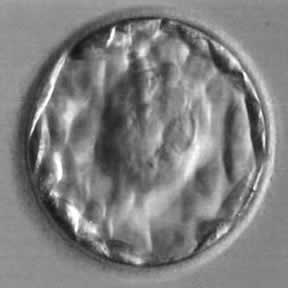 Acupuncture is safe and effective at triggering vasodilation and improving uterine blood flow. This concept is essential to improve the chances of conception. Regardless of one’s own feelings on standardized treatments, these studies all show how standardized treatment protocols can be applied in daily practice. Utilizing them with additional points to address constitutional issues can significantly improve a couple’s chances at conceiving if there are no physical barriers such as blocked tubes, uterine abnormalities or male factor. More research on this combined protocol is currently underway in Colorado. Thus far, the team has observed its effect on egg quality, pregnancy outcomes, and hormonal changes in prolactin and cortisol, which is available on Cridennda’s website: www.eastwindsacupuncture.com.

In summary, this research represents a foundation for acupuncturists to use not only in practice, but also as a usable reference for communicating with doctors and patients alike. Referring to this research shows the growing body of evidence (or proof) and can only improve our public perception, thereby fostering greater public trust in our work. It by no means requires us to practice via protocol only. It is instead the basis from which we can describe our work in terminology that is easily understood and fosters more curiosity in acupuncture’s many applications in medicine.