Clinically, PCOS is seen as a combination of both an excess and deficient condition. The most involved organ systems include Spleen, Kidney, and Liver with a subsequent disharmony of Chong and Ren channels. PCOS generally derives from a deficiency of Kidney Yang and Spleen Qi, in its inability to transform, transport and evaporate fluids in the lower burner. The accumulation of water in the pelvic cavity enlarges the ovaries, leading to phlegm damp and/or blood stagnation which manifests as abdominal masses… 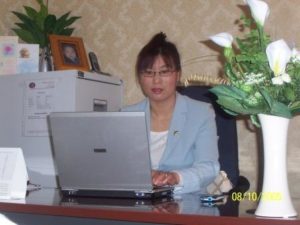 Dr. Li Qin Zhao is one of the leading traditional Chinese medicine practitioners in the UK, specializing in reproductive and gynecological medicine, with over 27 years of clinical and research experience. She graduated in 1985 from Henan TCM University in China and was subsequently appointed as a consultant in the hospital in1992. She has been practicing acupuncture and Chinese herbal medicine in the UK since 1995, and found the Zhong Jing TCM clinic in 1997.

Dr. Zhao participated in the research program at the School of Medicine, University of Southampton, in ‘Chinese herbal medicine in the treatment of polycystic ovarian syndrome’. She is a council member of the Association of TCM (ATCM), the chief editor of the Journal of ATCM, and a member of the British Acupuncture Council (BAcC). Dr. Zhao is also a council member of the Gynaecological Committee of the World Federation of Chinese Medicine Societies (WFCMS) and has been featured several times in professional journals, magazines and television.

We are very grateful to Dr. Zhao for sharing her expertise and offering this article on Polycystic Ovarian Syndrome to be printed in the Jade Institute newsletter.