Robert J. Silver reminds us that archeological evidence indicates that early hominids observed animals using plants for food and medicines, and emulating their use of these plants was the beginning of the art and science of herbal medicine for humans. Our domestic animals have lost much of their herbal instinctual knowledge. Dr. Silver believes in view of this historical perspective, it is appropriate that we humans give back to them the benefits that we have learned from their ancestors by practicing herbal medicine on animals.

Traditional Chinese Medicine, as an integrative and comprehensive approach to creating harmony and balance physically, emotionally and mentally, is uniquely suited to address aspects of behavior problems in dogs and cats. This article will share some of the prescribing principles I have adhered to in benefiting my animal patients afflicted with behavioral issues.

As a veterinarian who has been in small animal private practice for over 20 years, and who has been trained in acupuncture and TCM herbal prescribing, I find that instituting an effective behavioral modification program entails the integration of: training or re-training my patient’s behavior combined with specific nutritional, botanical and nutraceutical protocols; and both acupuncture (if the patient will allow) and a patient-specific prescription of Chinese herbs, based on tongue, pulse and behavioral assessments.

Chinese medicine assigns emotions to each of the Zang-Fu organs. The practitioner can assess aspects of those organs disharmony by observing their patient’s emotional expressions and through conversation. Animals speak to us of their emotional landscapes by means of their behaviors. Some emotions and behaviors are fairly easy to assess. Anger, as an expression of liver imbalance, for instance, can manifest as an act of aggressiveness in a dog or cat.

Depression, the other side of anger, is not as evident in the behavior, yet may be assessed perhaps due to alteration of normal activities such as playing, appetite, or greeting the animal’s guardian(s). Absence of tail wagging, certain facial expressions, diminished or altered vocalizations may also be clues as far as depressive behavior is concerned. Thyroid status should be checked in any patient with depressive behavior as the thyroid often plays a significant role in patients who manifest depression.

Sometimes the heart is “out of whack” secondary to a kidney problem. The kidney emotion is fear, as in “scared to the bone” (kidney also governs bone). So in many cases the patient will have anxiety secondary to heart disharmony as well as be timid, petrified and scared from an out-of-balance kidney.  Usually kidney fear will manifest with the patient retreating and running away, cowering, shaking, and in some cases, soiling themselves with urine, feces or vomit. Many dogs have a fear of loud noises (the kidneys open up into the ears and are involved in the sense of hearing). Fireworks and thunder can really frighten these poor animals, to the extent that they have been known to jump through plate glass windows or claw their way through solid wooden doors!

Heart anxiety is often associated with frenetic “nervous” behavior, sometimes manifesting in manic, obsessive- compulsive behaviors, including incessant licking, pacing, chewing or self-destructive behaviors. Insomnia may also be an indication of a heart imbalance, although some animals are nocturnal. I always try to ascertain if the guardian has observed restlessness, pacing, and sometimes vocalization that is a change, in other words, is out of the ordinary for that patient. Thyroid status in cats should be assessed when there is “hyper” behavior especially at night, and associated with abnormal vocalizings.

There are a number of Chinese prescriptions that can help to address these Zang imbalances. If one cannot differentiate which organ(s) are involved in the behavior, then one will have difficulty choosing from these formulas. Although I will customize a formula to match my patients’ presentation, there are a few formulas that have worked well through the years for me even without patient-specific modifications. The addition of EPA/DHA from fish oil, phospholipids from lecithin, and B complex vitamins in addition to a diet of fresh, wholesome, well-balanced homemade food, are all beneficial in support of a well-balanced nervous system. Finding a good animal behaviorist and instituting the appropriate training program are essential for the success of any behavioral modification practice.

Liver Qi Stagnation with degrees of heat and/or blood deficiencySigns and symptoms: lavender tongue, though may tend toward reddish with excess heat or pale with blood deficiency; coat may be normal; pulse, wiry, tight, rapid (with heat); possessive, aggressive, may be “fear biters”, (may act timid, but snarls, with hackles up (more common in patients with concurrent blood deficiency); often exacerbated by being on a leash or in a protective role for owner; “bitchy” cats may attack, dislike touch, skin may twitch.

Liver qi and heat excess with Yang rising.Signs and symptoms: tongue has a red and greasy coat while the pulse is wiry and rapid. These animals channel their restlessness into performed repetitious activity such as licking, chewing, pacing, vocalizing, inappropriate urination or defecation.

An Shen Bu Xin Wan is an alternate formula for patients with behavior patterns similar to the above set of behaviors, which arise from a Shen disturbance caused by heart yang excess secondary to a diminished heart-kidney relationship. The hallmark for these patients is a predominance of symptoms at night. 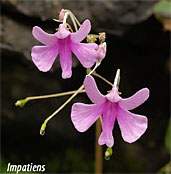 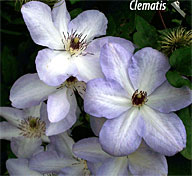 Find a quiet place to sit and “be.”
Either hold or touch your animal companion(s) or visualize as being in your heart.
Quiet your mind.
Read each Flower Essence description and compare it to your own “emotional landscape.”
Choose no more than FIVE (5) remedies.
NOTE: Do not be cognitive about your choices; honor your immediate response. (Applied kinesiology or a pendulum can also be used for this process.)

To make the Flower Remedy yourself: 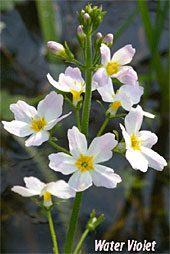 Add 5 drops of each remedy to a 1-2 oz dropper bottle.
Fill the bottle with spring water
Percussively pound the bottle into the palm of your hand for 3 minutes while visualizing you and your animal in harmony.

To use the Flower Remedy:

Pound the bottle into your palm to activate the energy.
Give yourself and your animal(s) 5 drops of the Remedy several times daily.
Keep the dropper surface away from contamination (when contaminated, rinse the dropper with spring water).
NB: The drops can also be put into food or water, or rubbed into the crown chakra, or on the dorsum of the paws for them to lick off.

AGRIMONY: Suffering inner torture hidden behind a facade of
cheerfulness
ASPEN: Anxiety, fearfulness of “I don’t know what,” apprehensive
BEECH:Critical and intolerant of others, arrogant
CENTAURY: Weakness of will, those who let themselves be exploited or imposed upon by others and who can allow themselves to become slaves/floormats
CERATO: Those who lack confidence in their own judgement, constantly seeking the advice of others, often misguided and disappointed
CHERRY PLUM: Fear of mental collapse, of doing something desparate, uncontrolled tempers
CHESTNUT BUD: Refusal to learn by experience, continually repeating the same mistakes, over and over
CHICORY: Over-possessive, those who are constantly seeking to put others right and demanding the attention of those close to themselves, often full of self-pity, martyrs
CLEMATIS: The dreamy sort of person who pays little attention to what is going on around
CRAB APPLE: For those who feel unclean or ashamed of their ailments, self-disgust, condemnation
ELM: Usually temporary feeling of inadequacy, overwhelmed by responsibilities
GENTIAN: Feelings of discouragement and resulting self doubt
GORSE: Despair and hopelessness, utter despondency
HEATHER: Obsessed with their own troubles and experiences, constantly relating these to others; they are poor listeners themselves – sap the vitality of others
HOLLY: For those who are jealous, envious, revengeful and suspicious – for those who hate
HONEYSUCKLE: For those with nostalgia and who constantly dwell in the past, homesickness
HORNBEAM: For those who need strength to deal with their daily duties though they usually are successful in fulfilling their tasks – that “Monday Morning” feeling
IMPATIENS: Impatience, irritability
LARCH: Despondancy due to lack of self confidence, expectation of failure, so fails to make the attempt, feels inferior
MIMULUS: Fear of known things, shyness, timidity, withdrawn
MUSTARD: Deep gloom which descends for no known cause and can lift just as suddenly, no control
OAK: Despair, but never gives up, brave and struggling despite constant despondency, plodding along
OLIVE: Exhaustion and utter weariness, tiredness both mental and physical
PINE: Feelings of guilt, self-reproachfulness that they should do (or have done) better,blames self for mistakes of others, takes others’ responsibility
RED CHESTNUT: Excessive fear and anxiety for others
RESCUE REMEDY: Shock, terror, emotional upsets, “stage fright,” etc. (Cl,CP,Im,RR,SB composite remedy)
ROCK ROSE: Terrors, extreme fear or panic
ROCK WATER: For those who martyr themselves in their pursuit of a
believed ideal, rigid-minded and inflexible, into self-denial
SCLERANTHUS: Uncertainty and indecision, for those who are one thing one minute and the opposite the next
STAR of BETHLEHAM: For all kinds of shock, for the after effects of trauma
SWEET CHESTNUT: The despair of those who feel they have reached the limits of endurance
VERVAIN: Over-enthusiasm, over-effort, straining, fanatical and high strung, incensed by injustice
VINE: Dominating and inflexible, ruthless and craves power over others, often leaders
WALNUT: Gives protection from outside influences, over-sensitive, used for “link-breaking” during transitions and changes in life–puberty, menopause, moving, death
WATER VIOLET: Proud, aloof, superior, reserved, avoids becoming involved
WHITE CHESTNUT: Persistant and unwanted thoughts, pre-occupation with some worry or episode, mental arguments
WILD OAT: Dissatisfaction with not having found one’s goal or way in life, silent sadness
WILD ROSE: Resignation, little desire to make an effort, apathetic, hopeless feelings
WILLOW: Resentment and bitterness, an “it’s not fair” attitude prevails

The Jade Institute is very grateful for his permission to reprint this wonderfully informative article. We also appreciate the use of photos from Creative Commons and the “treat back into treatment” photo from Robert Silver. 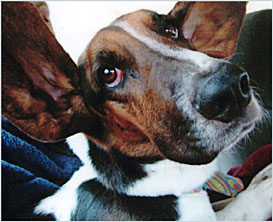 “WE PUT THE TREAT BACK INTO TREATMENT!”
www.bouldersnaturalanimal.com