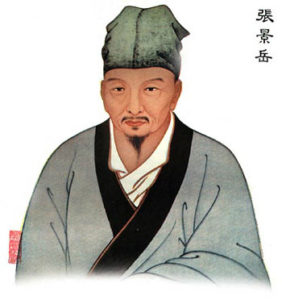 The flavor of Fuzi is pungent and sweet, and becomes extremely salty if immersed in brine. Its qi is very hot. This herb, therefore, carries within the energy of yang within yang. It is described as toxic. Its (toxic) effect is controlled by Renshen (ginseng), Huangqi (astragalus), Gancao (licorice), Heidou (black beans), Lüxijiao (green rhinozerus horn), Tongbian (human urine), Wujiu (Herba Stenolomae), and Fangfeng (siler). While stimulating movement, which generally tends to rise toward the surface, it is the nature of Fuzi to draw energy downward. It has the ability to enter all channel networks, and is therefore often likened to the effect of alcohol. Both can dispel deep-seated cold at the surface and the interior, serious counterflow problems, and severe shivers.

Fuzi warms the center, strengthens reproductive function, vitalizes the five zang organs, and draws escaping yang-qi back into the body. It can rid the body of a wide variety of symptoms, such as nausea and vomiting, severe gastrointestinal disorders characterized by relentless diarrhea, regurgitation of food, inability to swallow food, pain and bloating in the abdomen or epigastric region, loose stools, cramping of the extremities, eczema caused by cold pathogens, coldness in the stomach, roundworms, cold phlegm, abdominal pain radiating into the testicular region induced by cold, numbness caused by wind-damp, carbuncles and toxic lesions of a yin-cold nature, chronically weeping sores that are due to internal cold, separation of yin and yang, throat closure, yang deficiency, obstructed bowel movements and/or urination, irregular menstruation due to cold influences, and infantile convulsions.

Fuzi can draw upflaring fire downward in a major way, and thus subdue symptoms of deficiency heat. It is a prime herb to help Renshen (ginseng) and Huangqi (astragalus) accomplish their goal, and makes an excellent companion to Baizhu (white atractylodes) and Dihuang (rehmannia). No matter whether the disease is at the surface or in the interior—as long as the pulse is feeble and has no spirit, and there are signs of qi deficiency with the absence of real heat, this herb should be used urgently and immediately.

Therefore Yu Bo (1438-1517) once said: “Fuzi has the capacity to bestow a fundamental quality of invigorating vitality, and an effect that can break through all engrained blockages. It can draw all qi tonic herbs deep into the twelve channel networks, and thus restore severely dissipated original yang. It can draw blood tonic herbs deep into the blood layer, and thereby moisten and nourish depleted original yin. It can draw diaphoretic herbs into the region of the pores, and thus drive out wind cold chronically lodged at the surface. It can, finally, entice warming herbs into the lower burner in order to eliminate deeply entrenched cold damp.”

Wu Shou (fl. 15th century), moreover, stated: “Fuzi is the most important herb for all types of disorders characterized by yin (cold). It must be used in all epidemic shanghan disorders that have progressed into one of the three yin stages (taiyin, shaoyin, jueyin), as well as all situations of internal cold, including patients with intense fevers—as long as the pulse is deep, Fuzi should be prescribed. It is especially pertinent that Fuzi is administered without fail to patients exhibiting a combination of cold extremities and feeble pulses. This herb has the power to push out yin and bring back yang, and thereby revive the forces of life and bring people back from the brink of death.”

In recent times the use of Fuzi in epidemic shanghan conditions of a yin nature may come to mind, but most doctors in the end don’t dare to prescribe it. Thus they wait until yin pathology has reached an extreme and yang is completely exhausted—when they use it then it is already to late! Moreover, if Fuzi is not prescribed in a shanghan situation with pre-existing internal cold, where the patient is cold inside and out, how can this kind of patient ever be rescued later? I commend to you that the words of these two masters represent the ultimate truth—you absolutely must heed them.

The only situation where extreme caution should be exercised is in pregnant women. Fuzi can have a very strong abortive effect. When combined with the juice of chives and inserted into the ears, it can cure deafness.

And how is it avoidable for any type of medicine to not have some kind of toxicity? Although many a materia medica’s jargon implies that “such and such an herb is toxic,” and “such and such an herb is non-toxic,” I am of the opinion that this is entirely not true, and that there is no medicine that is entirely without toxicity. Namely, hot materials contain heat toxins, and cold materials contain cold toxins. If any of them is used inappropriately, they will manifest a toxic effect in the body of the patient. This is the same with common food items used in everyday life: originally they represent something that can nourish the body, but when a particular one is used in excess or at the wrong time, they can also poison a person.This is all the more true for medicinal items, which by their very nature are not neutral in their flavor and effect. However, the degree of their toxicity varies, and their use is only temporary. Consider this point carefully!

Born into a German family of medical doctors specializing in natural healing modalities, Heiner Fruehauf studied sinology, philosophy and comparative literature at several prestigious universities and earned a doctoral degree in East Asian Languages and Civilization.  He went on to complete two years of post-doctoral training at Chengdu University of Traditional Chinese Medicine, mentored by Deng Zhongjia, one of China’s primary experts in the fields of formula studies and classical Chinese medicine.

Presently, Heiner serves as Founding Professor of the School of Classical Chinese Medicine at National College of Natural Medicine in Portland, Oregon and director of the Heron Institute, a non-profit institution for the research and preservation of traditional life science.  In private practice, he focuses on the complementary treatment of difficult and recalcitrant diseases, including cancer, heart disease, and chronic digestive disorders.

We are very grateful to Heiner Fruehauf for permission to offer this article, and for his generosity and ready willingness to provide great articles for our newsletter  Please visit his website to read more articles and learn about his upcoming seminars:   www.classicalchinesemedicine.org