The lunar new year of the Rat began on January 25, 2020 and will last until February 11, 2021, at which time it will transform into a year of the Ox.  In the Hsia Calendar (or Farmer’s Calendar), 2020 is symbolized by two Chinese characters: Yang Metal and Rat. Yang Metal is the Heavenly Stem, and the Rat is the Earthly Branch. 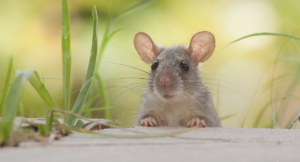 The strength of the Rat is that it has a sharp mind and strong will.  Rats can make quick decisions and can defend their point of view well, though can also be quite stubborn.  Between their innate intuition and willingness to work diligently and be thrifty, they are often successful and prosperous.  These are qualities that serve Rat people well, and that all of us would do well to cultivate in this Rat year.  The Rat’s ability to use shrewdness and intelligence to great benefit is represented in the story of the Beginning of the Celestial Zodiac:

(Story from Chinese Astrology Online).  A long, long time ago, Nu Wa returned to the Heavenly Palace after creating human beings. Under the instruction of the Emperor of Heaven, she was ordered to repair the hole in the sky at all costs. Nu Wa tempered a colorful stone to repair the hole and she used the four legs of the earth turtle to hold up the sky, however because of earthquake, land collapse, and flooding, the mortal world faced an unprecedented disaster.

In order to prevent the human extinction from flood, the Emperor of Heaven ordered the Water God to prevent flood. The disaster was alleviated with the great efforts of the Water God, but it wasn’t completely quelled due to the shortage of manpower! At this moment, the Water God thought of all the animals living on the land, but they had already fled into the mountains. How to find them? The Water God was too busy to leave his work, so he arranged his assistant Yu to find the animals.

Yu was burning with anxiety: ”all the animals have fled into the mountains; where can I find them?” He found a rat fleeing in panic and he was pleased.   Yu caught the rat quickly and after the rat understood that the human was not malicious, it accepted the task of looking for other animals. Together with its companions and relying on its inate advantage, the rat found the animals hidden in the mountains and persuaded the tiger, the king of the animals, to take the animals out of the mountains and control the water with human beings. Then, humans and animals cooperated together and controlled the flood under the guidance of the Water God.

To commemorate the deed, the Emperor of Heaven gave all the animals participating in the water control the opportunity to compete in a race.  The first 12 animals arriving at the altar would be the Zodiac Gods.  On the night before the event, the rat hid under the ox’s horn because he knew that the ox was the most diligent and enduring animal.  As expected, the diligent and honest ox came first to the altar; but at this moment, the rat hidden under the horn jumped off onto the altar and became the first of all zodiac signs.

The human beings were unhappy about the result because they thought the rat was wrong to win by trickery.  However, the Emperor of Heaven was resolute and decided that the outcome would be accepted because playing tricks is also a kind of wisdom! In this way, the rat used the positive characteristics the sign in known for – being shrewd, industrious, quick, and intelligent – to become the first of all zodiac signs.

The rat this year is metal, but is also correlated with water, and because in the Five Element cycle metal generates water.  This combination generally points to a harmonious relationship of elements.  However, both metal and water elements are yin/cold elements and the energy of Yang Metal can be quite harsh and destructive.  It is associated with large metal implements of aggression such as swords and military weapons, and is said to align with the qualities of carelessness and intolerance.

But metal also embodies the qualities of loyalty and reliability.  It is often a prominent element for people in positions of leadership such as kings and emperors, military commanders, politicians and social advocates.  Metal brings a fierce desire to work for one’s cause, but also the tendency to fight.  For this reason, metal is associated with wars and brutal killing, but also great passion and determination to act for fairness, equality, and social justice.  Some Yang Metal people who embody this in their lives, careers, or in their acting roles include: Arnold Schwarzenegger, Emilia Clarke (Dragon Queen Daenerys in Game of Thrones). General George Patton, Alexander the Great, Martin Luther King Jr., Queen Elizabeth II, Emperor Qianlong, Mohammed Ali, Edward Snowden, and Tiger Woods.

For these elemental reasons, this year is more apt to be one of turbulence and conflict, with people using strength and violence to achieve their ideology, perhaps with more riots, protests and demonstrations.  But there is another nuance.  Yang metal sits on the water element and there is no support from the Earth element, making the Yang Metal weak and unstable.  Therefore, the aggression will generally lack solid foundation and not come to much.  However, as the strength of the Yang Metal increases and reaches its peak in the autumn of 2020, the aggressive tendencies may become quite real and fierce.

Because the year does not have good support from the Earth element, it is predicted that there may be problems due to lack of good earth foundation, and  because also there is an absence of fire energy in this year, water is not balanced well and there may be excessive water related problems or natural disasters.  60 years ago, 1960 was also a Yang Metal Rat year. One of the most serious earthquakes occurred on May 22, 1960 in Valdivia, Chile, with a magnitude of 9.5 that triggered a giant tsunami, killing more than 1,600 people and leaving 2 million people homeless. Another major earthquake was on February 29, 1960 in Agadir, Morocco, with a magnitude of 5.7. An estimated 12,000-15,000 people (about a third of the city’s population of the time) were killed with at least 35,000 people left homeless, making it the most destructive and deadly earthquake in Moroccan history. 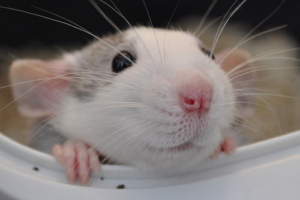 This year, our attempt to write a fun and entertaining look at the Chinese astrology forecast was a bit daunting.  As you know, around much of the globe, we are in difficult times, and the astrology of the Metal Rat reflects that.  However, all of this should be taken with a grain of salt.  We should not forget that years comes and go, energy ebbs and flows, and always the cycles keep turning – sometimes upward and sometimes down.  But still, difficult times do call us to find our strength, and to clarify and re-commit to the values we hold most deeply.  And that can create a good foundation to build new directions and new paths forward.  These are actually qualities that the Rat is particularly good at embodying, though it remains for each person to choose what values and direction we want to work towards.

For society in general, fire is the energy of optimism and it often correlates with people’s confidence in the global economy and politics, while water’s emotion is more pessimistic and relates to fear.  2019, 2020, and 2021 years all belong to the Water element, and it can be seen how confidence in the world economy and stability has taken a downturn, especially with the U.S. and China trade problems, the breaking up of the EU, and the rising power of authoritarian governments.  The fire element will not return until 2025, the Year of the Snake.  The peak of the Water element in 2020 is in December, when fear and pessimism may be quite strong and contribute to economic decline.

One of the interesting things to keep in mind this year of the Rat, is that because the Rat is the first of the 12 animals of the Chinese zodiac, this Metal Rat year is the first year in the 12-year cycle of the Hsia calendar.  Therefore, this time period is considered a year of new beginnings and renewals, and new initiatives and decisions made this year will have significant influence for the next 12 years.  For this reason, plans and actions must be chosen carefully, on both a personal level as well as on the world scene.  In general, this year is said to be favorable for new ideas and ideals, providing opportunity for the disruption of the established order.  Of course, this tendency can manifest for better or worse, depending on how individuals and societies choose to set their trajectory.  Political unrest will undoubtedly continue, but will we choose the tensions of withdrawal and protectionism, or fight for a new model of equality, fairness and inclusion?

On a personal level, The Year of the Metal Rat may bring periods of alternating loneliness and liveliness.  This is because the quality of metal is solitary, yet the Rat thrives on constant activity and being a part of, and interacting with, its tribe.  Balance can be struck when people make time and space for both thoughtful internal reflection and conscious, productive action in the world.

Temperance and generosity are not expected to be dominant societal feelings in 2020, so individuals must take it upon themselves to cultivate those qualities.  Stubbornness and arguments are typical of the Metal Rat, and unscrupulous thirst for power can easily get out of hand on the world stage.  But as individuals we each have choice – and it would be wise to take care to stay conscious and listen to the calling of our deeper, wiser selves to act with kindness and stand up for fairness, in order to balance the challenging energy of this year, and to sow the seeds for what we want to grow during the next 12 years.

May we all hold strong to a vision of goodness and care for each other and all humanity.  Especially during these difficult and challenging times we should remember the famous saying from Mahatma Gandhi:  “We must be the change we wish to see in the world.”

Good wishes and Blessings to you in the New Year