As we try to do most years, we are happy to pass on a compilation of thoughts and predictions for the coming lunar new year.  It was particularly fun this year, perhaps because the dog is an animal that is so familiar in our lives, and it is easy to see both their strengths and weakness, which are the same strengths and weaknesses that we need to be particularly mindful of in 2018. The 2018 Chinese New Year begins on February 16, 2018. It is the 4715th Chinese year and the zodiac sign of the Dog. According to the Chinese calendar, 2018 is a Male Earth Dog year. Because brown is connected to the earth, 2018 is also called the Year of the Brown Dog.

According to the theory, this is a Male Earth Dog year.  Male Earth is connected to dry soil, walls, mounds and mountains, and because Dog mainly contains Male Earth, therefore the sign of the 2018 Male Earth Dog year is one of double earth, or double mountains, or “Mountains over Mountains”.  The image is two mountains together, or a mountain beyond a mountain. This is a sign of a very strong Earth element year, with very little Metal and Fire. 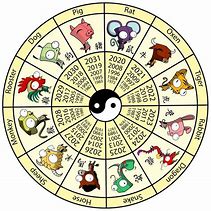 Metaphorically, when we open our door to go out in 2018, it is said that the first sight will be a mountain, which implies that something might block our way, or be blocking our ability to see ahead. In this case, one needs to be calm and think practically about the best way to bypass it. So in this year of two mountains, we may encounter challenging obstacles before being able to move ahead with plans. It will require extra effort, patience and wisdom to remove the blockages first, then you will see the wide-open road. This is also sometimes called a Mountain Dog year. A Mountain Dog can be a wild dog. When we meet it, we are advised to go around it, for the sake of safety.  Dogs are very intelligent, and this year will call us to use intelligence and wisdom as we move forward.

A strong Earth year implies that events and issues related to land, real estate, the territory of a country, agriculture, earthquakes and minerals, and the Earth herself, will be more active than usual.  Being connected to real estate, if your lucky element is Earth, then investing in real estate during 2018 should be successful. If Earth is your unlucky element, then you should be careful not to move into a house with bad feng shui or to relocate to an inauspicious place.  In Chinese astrology, Earth is also correlated with meditation and religion, and so interest in spiritual or religious study may increase. Mountains are related to stability, slowness, stubbornness, laziness and conservatism. Laziness or a lack of diligence this year can cause missed opportunities.

Dog is also the 11th animal in 12 Chinese zodiac signs and the Dog month is connected to the last month of autumn, after which follows winter. Winter is the season of Water and 2019 will be the year of Pig, which is the first year of Water.  The 2018 Year of the Dog is a stepping stone for 2019. In order to do well in the 2019 year of the Water Pig, 2018 should be approached consciously and carefully.

The Dog in the White House

Donald Trump was born in the Year of the Dog, and while the dog is generally man’s best friend, it also has a more challenging side (as all the animal signs do). Dogs are deeply loyal to their families, friends, and those who support them. They are straightforward (honest in that they say what they think), friendly, and feel responsible for the welfare of others. But they also can be quick to anger, critical of others, stubborn and unable to take advice.  They are deeply emotional, and approval is very important to them, making them hypersensitive to criticism.  Dogs are very communicative and often react quickly without thinking.  Listening is a skill that they need to develop in order to be effective communicators.

When reflecting on the nature of dogs as animals, we see that when they are badly treated by strangers, they will often attack or bite. Regardless of how friendly and loyal they are, man’s best friend does attack others, and these attacks can be the result of their master’s commands or simply a matter of self-preservation or anger.

Donald Trump was born in the year of the Fire Dog. That makes him a leader, but it also makes him an aggressive one. The fire element of Dog makes it difficult for him to control his emotions, and his desire to dominate others will be intense. In this year, it is predicted that he will use every means at his disposal to retain his position to get what he wants. This, almost certainly, will result in conflict and chaos of some kind. But it does not take Chinese astrology to predict that!

While the Year of the Rooster last year was best summed up by the grandiose excesses of the few, the Year of the Dog will focus on the many. World leaders will increasingly feel the pressure of a public “pack” mentality that raises its voice in protest at perceived social injustices.

There may be political turmoil across the world and many countries will be faced with the decision to either change for the higher good or descend into chaos.  There is a reason that dog years are often the start of revolutions, and new ideologies arise during Dog years as political difficulties express the qualities of  anger, disagreement, and fighting.  Rebellions and revolution are not out of the question this year, and this will be the general condition in many countries.

Whether on the public scene or in private life, success in 2018 hinges on emulating the best of dog traits, namely intelligence, companionship, honesty and loyalty.  Those with artistic talents, writers, and those with work in innovation and creative fields are predicted to do well.  The dog’s preference for friendliness, loyalty, and service will make these characteristics particularly welcome in 2018.  Like a major aspect of the dog personality, the Year of the Dog is traditionally associated with establishing the safety and security of loved ones.

Is Earth your “Lucky Element”?

Dog is in the Earth group and Earth years will bring more Earth to everyone.  Because this year has such strong Earth, people whose lucky element is Earth will have very good luck.  For people whose Earth element is predominant in their Chinese life horoscope, a particular stability through the entire year of 2018 should allow them to organize their personal and professional life more confidently and efficiently.

People whose lucky element is Water or Wood will not be as inclined to have such a great year. Individuals whose energy map of Chinese astrology elements shows excess of water and wood are more susceptible than others to the specific fluctuations of 2018, Year of the Earth Dog.  (This elemental analysis is not the same as that in Western astrology).

Those considered to benefit most by the Earth Dog are the Ox, Tiger, Rabbit and Dragon. Though somewhat less so, Sheep, Monkey, Rooster and Dog will also do well. These signs will be able to bring clarity to their plans and be effective in their actions, producing results.

However the Water signs – Rat and Pig – need to work extra hard to energize themselves during the year. This is due to their tendency to lack inner vigor and physical energy. Motivation and will power will not come easily for these signs and because of the Double Earth energy, they will need to work harder to stay ahead of things.

Because of the Double Earth energy, this Dog year requires discipline, practicality and a down-to-earth approach. Earth energy signifies practical and realistic thinking, as it is a very grounding element. It is important to hold this intention in 2018 and avoid making impulsive moves. This is how dogs get themselves into trouble – by not using a sense of developed discipline and patience. 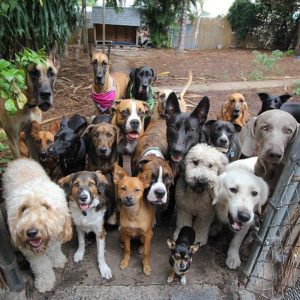 For the world at large, it is predicted to be an eventful year, marked by security concerns and the rise of social conservative movements within society.  At best, actions based solely on individual drive and demagogy will be rejected by the majority giving way during this period to the more universal values of empathy, truth, and social justice.  Solidarity, a characteristic value of the sign of the Dog, will be called for, while selfishness and ignorance, the root of much of the world’s inequality, must be worked against.  The Earth Dog year encourages and will reward positive dog qualities and intentions.

Earth years benefit those who take realistic approaches towards every aspect of their lives, including love, career, work, etc.  Dog years are not considered conducive to waste and unnecessary expenses. In 2018, success depends primarily on the quality of the communication between people, and understanding that selflessness and generosity brings the promise of a more generous harvest in return.  Satisfaction and joy from projects undertaken last year, the year of the Fire Rooster, can only be fully enjoyed in the context of equitable sharing of created resources (with the pack).

As stated earlier, Dog is the 11th animal in the 12 zodiac signs. Dog is the month of October, the last month of the autumn. The winter will come soon and people need to hurry to finish the last tasks of the harvest season and prepare for tasking the rest. This year it is advisable to complete what you have started previously, before starting down a new path. You may not see quick results to anything you start this year since completion must occur first. In general, results and success will come in the second half of the year for those that have planned mindfully and meticulously.  Be deliberate and careful with any substantial changes that you may be thinking of in work, home or relationships.  As a double Earth year, this is most importantly a building year, time to strengthen and consolidate, which will lead to success in 2019.

The Chinese zodiac sign of the Dog is, at its heart, a symbol of intelligence and protection.  Strength of character, education, morality, social life, and caring for family and friends are all fundamental issues that we would all do well to attend to and improve upon during this pivotal period.  Dogs are good friends, and loyal to those close to them.  And dogs can be good communicators, but they need to learn patience and careful listening skills in order to be successful – qualities that we could all use, and this is a year to give them priority.

May it be a good year for you, your friends and families, and for all those we know, and all those we do not.

May all beings abide in deep peace! 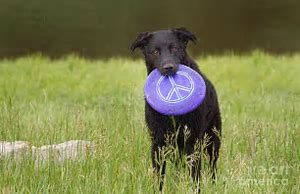