According to Chinese astrology, 2015 is the year of the Yin Wood Sheep (also known as the Goat or Ram), which began on February 19th and will end at the next lunar New Year February 8, 2016, when we enter the year of the Yang Fire Monkey.

Sheep people are natural humanitarians, and are often described as idealistic, generous, and kind-hearted.  They rarely worry about the necessities of life such as food, housing and clothing, but are easily touched by others misfortunes and ready to help those in need.  Being highly artistic and creative, they love beauty and thrive best in a peaceful and harmonious environment.  Their sensitivity is a strong quality, though they may become melancholy and sentimental, and when things are not going smoothly, must guard against pessimism.  While other signs may be more aggressive in the pursuit of their needs, the Sheep is more likely to favor compromise and compassion. In this sense, the Sheep is one of the most non-confrontational members of the Chinese zodiac.

But though mild in disposition, Sheep people never yield under pressure and it is almost impossible to force them to do something.  They can become overly sensitive and moody and generally are not open about their emotions, bottling them up when they are upset or angry. Security is important to a Sheep – financial, emotional and social security – and that allows them to be more open, to relax and be at their best.

Sheep make great craftspeople and, true to their natures, love spending time alone dreaming up new ideas. At work, they are hard working but usually don’t like taking on a leadership role, preferring to work on the sidelines away from the limelight.  They need quiet and rest to recharge, and do well with spending time in peaceful nature settings.

Calling to Our Better Sheep Nature

Each lunar year calls us to express the most positive characteristics of the animal of that year, and to be watchful not to embody the less conscious qualities that can arise.  In the Sheep year we would do well to slow down, and take time to be aware and responsive of the need that we see around us, in our families, our communities, and the world.  We can choose patience and generosity, and let ourselves be guided by our intuition and innate kindness.  Spending time in nature and nurturing our love for the Earth may help us feel more grounded and find security in these insecure times.  Traditionally, the Year of the Sheep is a highly creative time.  As we make decisions and choose actions, we can renew our intention to come from our heart rather than from aggression or blame, and to do our part to move the balance of life towards compassion. 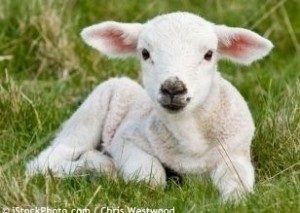 So What is this Sheep Year all About?

Because the sheep is eighth animal in the Chinese zodiac, it is considered lucky, as the number 8 in Chinese culture is considered very auspicious, symbolizing peace and prosperity.  But Suzanne White, author of The New Chinese Astrology, says this:
“Not so fast! Let’s look at previous Sheep years in memory:

Those Sheep years were anything but peaceful, harmonious or tranquil. It is true that Sheep years are Yin and so might be thought softer and less warlike than other years. However, that is clearly not always the case… And so with the years of the Sheep they may at first give us an impression of serenity. But wait…

This Wood Sheep year will be a time for all right-thinking peoples to pull together. If you ever wanted to start your own political party, participate in a group charity effort or teach Afghan children how to speak English, 2015 is your year. Any and all humanitarian endeavors will be supported and rewarded. Being one of “the good guys” will be encouraged…

Sheep, as you may already know, can hardly be thought of as workaholics. They put in their time at work. But oftentimes their hearts and minds are elsewhere. Sheep are only work- crazy when the job at hand is something they are passionate about. Usually Sheep have a side interest to their day job and as soon as they grab the time, they are deeply involved in music or painting or inventing or sculpting or dancing or singing or collecting some oddball thing nobody else would take time to bother about. Not ordinary collector’s items such as butterflies or coins or stamps. Rather Sheep will accumulate a slew of obscure types of grasshoppers, old- fashioned alarm clocks or vintage frocks and hats from the early 20th century.

How does this unusual bent, affect us in the year 2015? Well, the year will not be about ambition, success or money. Instead it will be about people and their essential needs. Efforts to relieve poverty and stamp out rampant illness will be favored. Those of you who invent and innovate can expect to be given time and even funds for your projects. But if you are one of those money-hungry folks who thinks of nothing but earning more success and social standing, you will ride a bumpy road ahead in 2015. Sheep don’t care about accumulating money. They care about musing in fertile fields, making and building things with their minds and hands; and they care about routine. Not a routine that they impose on others. Rather a safe, unchanging routine which they can be guided by and which allows them to do more of what they are passionate about.

Sheep are a peace-loving lot. Hence, even though at present, we can hear the rattle of sabers loud and clear, there is hope. Sheep are about compromise… The year encourages concession. These are turbulent times. 2015 will point the way through the storms and rekindle our belief in ourselves as one people who need to drop our petty individual quarrels, mend our broken fences and act as one human race to save Mother Earth from our own follies and excesses.”

The Chinese New Year Calendar – With its Associated 12 Animals:

The lunar New Year calendar below shows the 12 animals associated with each year, though the exact date of the beginning of each New Year occurs at varying dates in January or February, as opposed to the Western, or Gregorian, calendar in main use today.

Another dimension of the Chinese zodiac is the 5 ‘Terrestrial’ elements:
Metal, Water, Wood, Fire, Earth